Income inequality in the U.S. has been growing rapidly for decades, and the COVID-19 crisis has set a further trajectory of disparity, with billionaires standing to gain billions while others lose jobs, savings, and homes. Many are asking what businesses can do to stem the tide for the employees who show up and provide the means for quarterly earnings and shareholder payouts.

For Fireclay Tile and a growing number of leadership teams at businesses across the country, the answer is to give employees an ownership stake in the company. In Fireclay’s case, as would be possible for many privately owned companies, the employees gained increased shareholder options when the board decided to buy out the founder this year.

Paul Burns founded Fireclay, an eco-friendly handmade tile company, in 1986. This year, Fireclay’s leadership team came to an agreement with Burns to, over the next seven years, buy back his shares in the company, totaling a little under a third of the company’s ownership. Instead of retiring the shares to cause a blanket increase of the value of other shareholders’ interests, CEO Eric Edelson and the board decided to use the opportunity to increase the company’s employee ownership options. The increase will, over time, increase the employees’ ownership portion from the current 14% to almost 40%. For private businesses, the rate at which employees are offered a financial interest in the company—a portion of the value created by their work, as Edelson says—is much less frequent than in publicly traded companies. Part of Fireclay’s goal is to set a bar for other private companies to follow.

The motivation to pursue employee ownership doesn’t only return feel-good sentiments; the model is tied to increased employee engagement, reduced turnover, and bottom-line benefits. Fireclay, like many employee-owned companies, has seen an 8x increase in revenue since creating its first stock option plan in 2013.

I recently spoke with Edelson as part of my research on purpose-driven business to learn more about the why, the why now, and the lessons learned in Fireclay’s employee-ownership journey.

Christopher Marquis: How did you turn ideas about employee ownership into a reality for Fireclay?

Eric Edelson: We have the classic founder story, where an incredible individual dedicated 35 years to Fireclay. But, I don’t have a philosophy that ownership is fixed. I think ownership can evolve and can change, and that’s OK. If you look at the public markets, for example, ownership changes every millisecond. In the private markets, the only reason that doesn’t happen is there’s not really a market for it so valuation is challenging. But the idea that ownership is fixed I don’t think makes sense.

I felt it imperative to really think about ownership and to do that for all stakeholders; to think about ownership being a lever to pull. We thought about selling the company, and even went through a sale process. When that did not materialize, we were able to come to an agreement where we decided to buy out our founder over a period of time.

After agreeing to the buyout, I looked at our team and said, “If Paul had that ownership, why shouldn’t the team who come to work every day have that ownership?.” Convincing our Board and investors to redistribute almost all of the ownership to our employees took about eight or nine months of negotiation. Usually when you buy out an owner, you simply retire their shares and all other owners collectively increase their ownership. That’s the natural approach. The unnatural thing in this case was taking almost all of it and creating a new stock-option plan to basically redistribute that ownership among our employees.

So that took time. That took financial modeling. That took written manifestos. That took heated arguments.. But I felt so strongly that as we grow this company, we should plan for the upside and things working out rather than only controlling for downside scenarios.. And when things really work out, how do we make sure that everyone is sharing in that? And so that’s really how this came to be.

Marquis: Why was now the right time?

Edelson: This is where I give the B Corps playbook so much credit. B Lab and its legal definition and certification process have created a pathway for companies like Fireclay to do this kind of stuff more successfully. And we’ve seen a lot more companies have success growing and selling, or growing and going public, with a B Corp stakeholder philosophy and corporate structure.

For us, we raised capital and we have outside investors who still own ~30% of Fireclay. We need to return that capital to them. So we are excited to grow this business and to likely one day find a financial partner to help us have even more growth. We wanted to make sure we had the right ownership structure in place so that when that sale or growth happens, the employees benefit in an outsized way.

More importantly, we just have this opportunity to create much more of an ownership culture. Anyone who’s come to visit Fireclay feels something different about it. They walk through our factory and they see engaged team members. They meet our team, and our team just speaks positively about each other and about the culture.

There are many facets of that, but I do think the fact that they have ownership in it, that they know we’re a stakeholder-oriented company is a significant part of that. So why not further solidify that in the form of employee ownership today?

Marquis: What advice would you have for the companies looking into employee ownership?

Edelson: Start small and start early. The idea of, “Oh yeah, we’ll put it off until later,” is just a missed opportunity.

One of the things that I both love and am frustrated by about employee stock-ownership plans (ESOP) is that model is more effective for larger, more mature businesses (1). It’s wonderful when you’re able to get there, but we wouldn’t be a great ESOP company. There are other models, and whether that’s phantom stock, whether that’s stock options, there are things you can do. We started with 10% employee ownership in 2013. I don’t think it has to be this huge ownership percentage right away.

Mon Nov 16 , 2020
Business owners didn’t expect to face a pandemic, but their companies’ survival ultimately depends on how well they can adapt. How leaders guide staff and embrace change are two of the most critical factors in their companies’ longevity and success. The best leaders navigate new challenges with an open mindset […] 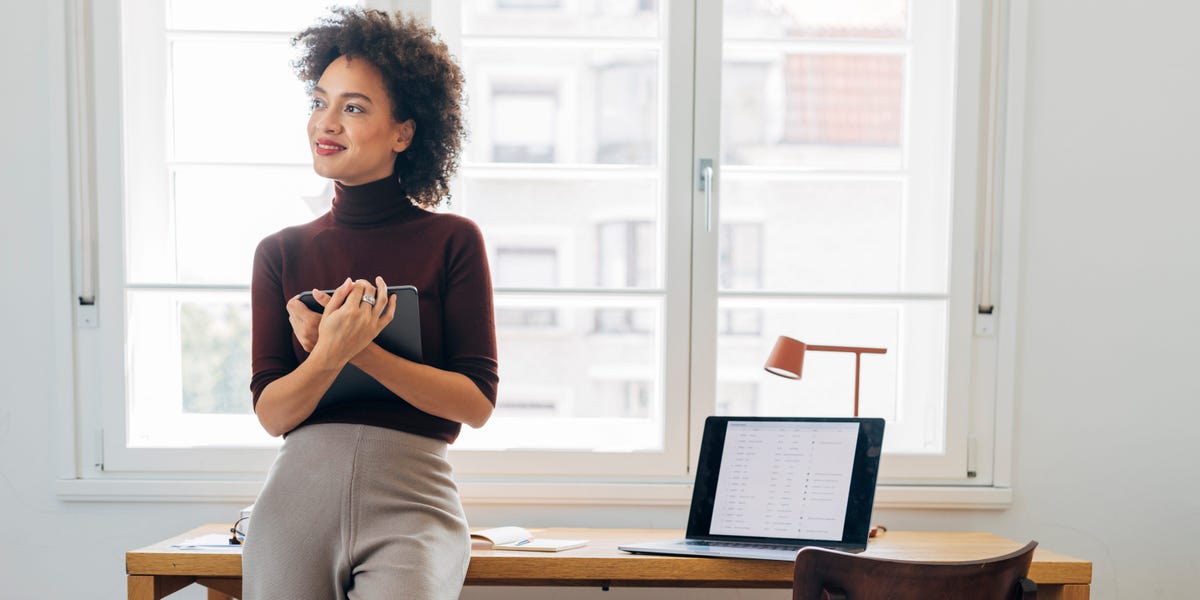